Mobile usage in this modern world has been increased where the smartphone users were larger. People mostly invest their time on the internet to surf, chat, etc, and even application usage has been increased where most of the app developers working to the future for making changes in society. And as per Statista, 442 million smartphone users are there across the world. As the user is getting an increase for mobile with lots of android apps, it is necessary to use the antivirus for protection or prevent from data leaks which cant threats your privacy

So, we have listed some of the best free Android antivirus apps which are available in the Google Play store.

McAfee has already famous and won many awards based on secure of apps. It has most of the advanced features such as anti-theft features, Wi-Fi security, battery optimizer security lock, memory cleaner, etc. which are there in the Android antivirus app with the free version. It has an instinctive interface, and a fine thing is that it provides tutorials for every feature. The pro version, however, comes down to only a few extra features, and it is costly compared to most Antivirus apps. 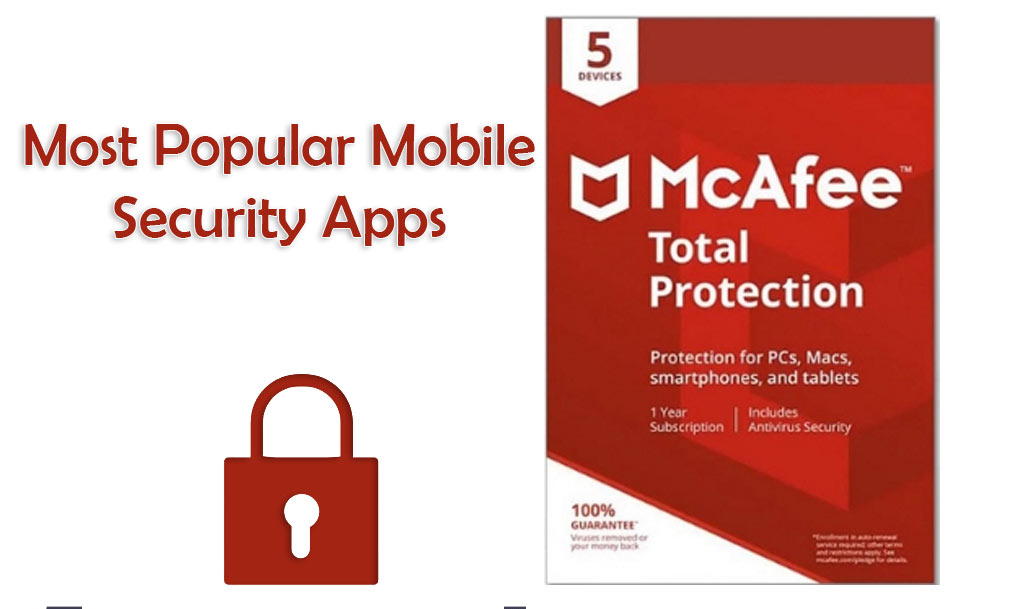 One of the defects in the app is that it carries a complex setup once you opt for the pro version. And this app is one of the best apps for Android when it comes to protecting your smartphone.

It secures and protects a lot of smartphone users worldwide on multiple platforms. And the free version integrates some amazing features for providing all-around protection against viruses and other threats that can affect your smartphone.

It is one of the remarkable security apps among the Indian app developers and the best antivirus apps for Android os. It has a free version too with in-app premium purchases and a paid version. The features of the free version manually scanning of apps for malware and viruses, and its premium features include real-time protection, anti-theft, and an app locker to provide extra protection to your essential apps. And even you can access all the premium features for a free trial for 30 days.

Norton antivirus software has the latest version which offers impressive Android security features even in the free version. This app provides a cent percent detection rate and removes spyware or Android viruses which slowdowns your device. It can also trigger an alarm to find your missing device, remotely lock your device to prevent data theft, or block unwanted calls or SMS.

It can separate by stand-alone apps like app locker and password manager which are there for free in the Play Store. The pro version features are available for a trial period of 30 days. Overall, Norton Security is one of the most securable and best antiviruses for android.

Sophos is the best performer from the AV-TEST. It is a free security app for Android apps that doesn’t display any ads and its feature-rich too. Also, to obtain proper malware protection, you can have access to loss and theft protection, app locker, security adviser that gives you advice on how to improve device security, call blocker, authenticator, etc.

This Antivirus is a Free and powerful antivirus tool that offers protection against all major Android threats with less storage of usage and that uses the scanning technology of scanning that results in rapid scanning ability. It doesn’t slowdowns your device or drains your battery. It offers real-time protection and scan apps as they are installed in your device.

It has also a paid version (Bitdefender Mobile Security & Antivirus), which gives free with 14 days of trial. To access more advanced features of Bitdefender such as Malware scanner, account privacy, web security, Anti-theft, and App locker, you should try out the paid version.

It enables you to browse any of your needed sites such as Twitter, YouTube, etc. safely from within the application. In that way, security master is an excellent security app that can be best among the free android antivirus apps.

Most of the app development companies preferred the above apps to secure your mobile from antivirus and various malware. Thus the above-listed apps are ordered based on various user reviews.

Harnil Oza is CEO of Hyperlink InfoSystem, an app development company in New York and India, having a team of the best app developers who deliver the best mobile solutions mainly on Android and iOS platforms. He regularly contributes his knowledge on leading blogging sites.