That is why the ability to React Native to marry and adopt two platform codes into one alters the specifics for cross-platform app development. So, significantly what are the different app development types and their unique traits?

Mobile app development is multi-pronged in approach with diverse development frameworks for each app depending on its application and usage or whether they are primarily paid or free to download. Android and iOS today are the two primary app operating systems.

Native mobile app development is the building of apps for a specific mobile operating system and mobile app users can access the apps from specific app stores.

a).Written and developed primarily for web-based application and usage.

b). Coded and written for specific operating systems (OS)

Web app development is creating or developing mobile specifically for web-based adaptation and usage. These web apps are written primarily in HTML, CSS, and JavaScript conferring ability to leverage a wide range of libraries and frameworks.

a).Written and developed primarily for web-based application and usage.

b). Coded and written for specific operating systems (OS)

Hybrid, as the name suggests, is the mixing of two application development platforms to create multi-platform adaptable and usable mobile apps. Social media and several interactive mobile apps benefit from this functionality.

a).Usable or adaptable across several or multiple platforms.

a). Creates apps that run on more than one platform 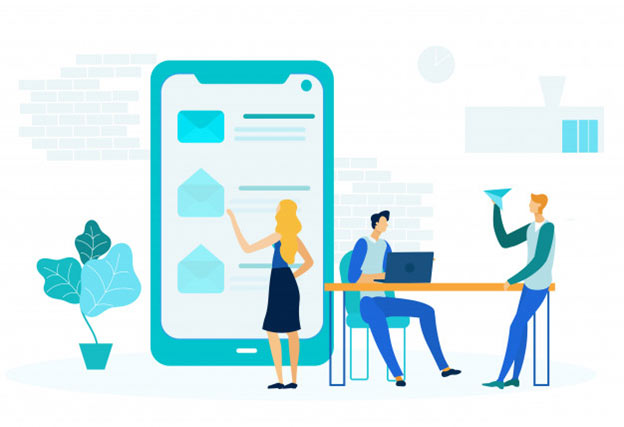 What is the React Native Mobile App Development Platform?

React Native combines the best elements of native app development integrating them with React JavaScript Code. The code is richly endowed with an extensive JavaScript library that enhances its user-friendly interfaces.

b). React Native has since grown to espouse one the most adaptive and functionally enabling app development platforms.

There are several and diverse benefits and advantages with React Native App Development. These include:

The best advantage of multiple reusable codes that save developers and app development companies the necessity to rewrite code each time they want to produce another app based on the framework.

The ease of integration and usability of functions is important in app development. App user interfaces must promote easy access to functions as well as simplify their application and use by users. React Native has well adapted and integrated these primary functions in its UI design.

React Native’s huge online community with expert support and guidance for various questions and hacks on developing apps with the framework add special significance. There are several options in creating, developing, and testing React Native based mobile apps with community inputs and technical guidance.

Most app development cycles are lengthy and are time-consuming. App development is significantly reduced as one single code can be adapted for multiple platforms with enhanced functionality. This translates into saving time as there is no need to rewrite another fresh app code each time a new app is being developed. It is akin to hitting two birds with one stone that has a long-tern impact on app development costs.

JavaScript third party library codebase enjoys a lot of premium support and enhanced functionality. Third-party libraries have packages allowing for the extension of functionality as well as cover several types of Java applications. Apart from Java core libraries, there are other third-party Java libraries essential for Java developers which are open-source or free to use.

Why React Native Platform Performs Better for Your Cross-Platform App

React Native is a very popular cross-platform app development framework. Globally it is obvious Android and iOS app platforms have varied development languages with Android reliant mostly on Java and iOS on Swift.

React Native offers many multi-platform functional and adaptable features like:

With several options in app development, any app developer would be weighing in the last nitty-gritty that would his/her app more appealing and competitive. And so what extra reasons would win the debate in React Natives favor. Let’s take a look.

There are diverse options in Mobile Application Development frameworks each according to different benefits for specific apps being made or developed. React Native’s standout features and adaptability to other platforms makes it a winning choice for the best cross-platform apps.