2020 has been a different year for various reasons. Many countries of the whole world have faced lockdown in the first half of this year due to COVID-19, as most of the people were at home, the traffic on online platforms has seen a sudden increase.

Similar is the case with YouTube, lots of content creators saw reasonably rapid growth in their subscribers and ended up being the top 5 biggest Competitors of Youtube. With an increase in subscription based apps lately, companies are offering even more services for premium account holders. To gain access to some premium accounts for free, you can check here. Now, let’s continue with YouTube.

YouTube is an online platform that provides videos in almost every category like, education, gaming, fashion, hacks, music, movies, DIYs, and much more by people, institutions, and organizations all across the world.

It has something to offer for every age, class, gender, region, be it a toddler or an older adult, an Eastern or a western, an urban or a villager, a girl or a boy, and whatnot.

Further, a video platform or we can say Videos are the first preference today for anyone because they provide you visual as well as auditory input, rather than just reading and scrolling content.

However, as we know, when there is a crowd and that too talented one then, there is competition for sure. The same is the case with Youtube. There is high competition amongst the content creators based on subscribers.

Getting subscribers is a feature of Youtube that enables the viewers to pin or, in other words, save that content creator’s channel for further videos. After subscribing, the viewer can get notifications of the creator’s videos in the future.

However, the content creators call them community or their channel’s family because this word gives a feeling of relatedness.

Further, they all are getting connected on one platform.

So, After considering all things, if you are interested in knowing about these channels, then, let’s see the Top 5 biggest Competitors of Youtube World. 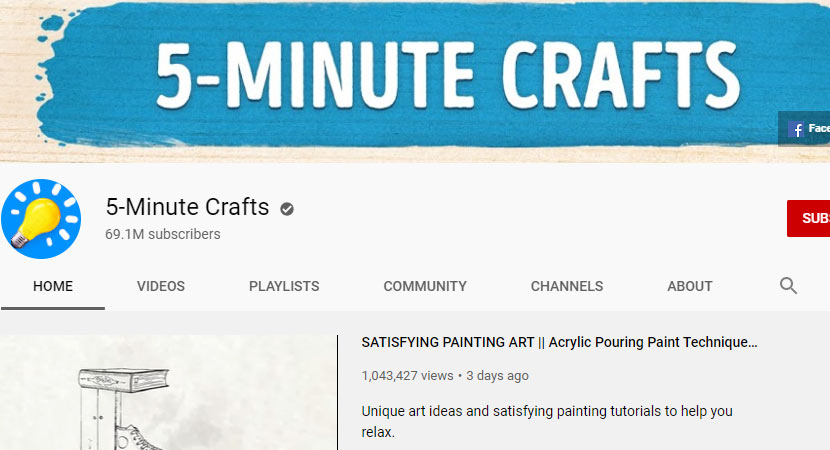 With 67.4 Million subscribers on YouTube, this channel grabs 5th position in the list. A Company named the soul Publishing is the founder of a 5-minute crafts channel. The theme of this channel is life-hacks and DIY crafts (Do-It-Yourself). 5-minute crafts earn annually around $5.5 Million. 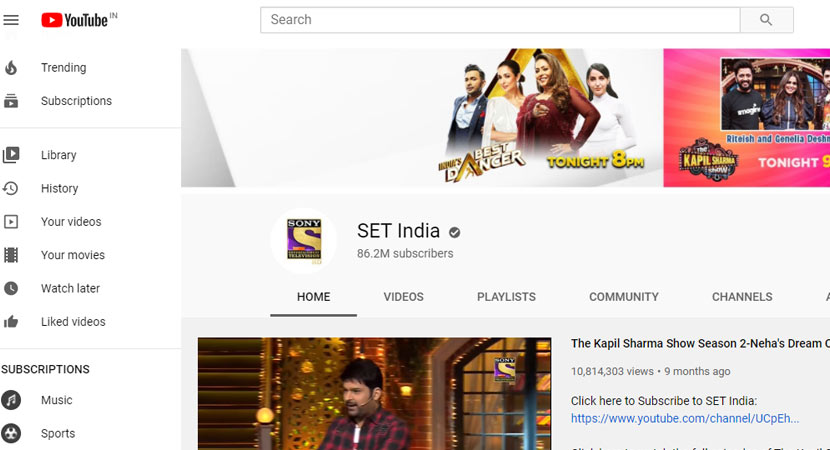 SET India Channel with 77.5 Million subscribers runs under Sony Pictures Network India, which is a subordinate of Sony, Japan. The SET stands for Sony Entertainment Television and is famous for its iconic crime, thriller, and drama series run in the Hindi language. This channel has a wide variety of fans in India as it has something for every age group.

Cocomelon is in 3rd position with 88.6M subscribers, during its 14 years journey. It was formerly known as ThatsMEonTV till 2013, and then ABCkidTV till 2018. Treasure Studio, the owner of this channel, is an America based company that specializes in making 3-D animation videos of nursery rhymes and children’s songs.

With 105 Million subscribers on YouTube, PewDiePie stands proudly at 2nd position. This channel stands out in the crowd as the founder of this channel is an individual named Felix Arvid Ulf Kjellberg, a Swedish, 30 years old Youtuber known online as PewDiePie.

He started this channel in 2010, and his videos mostly revolve around video games, comedic setup, etc. PewDiePie is a strong competitor of T-Series. 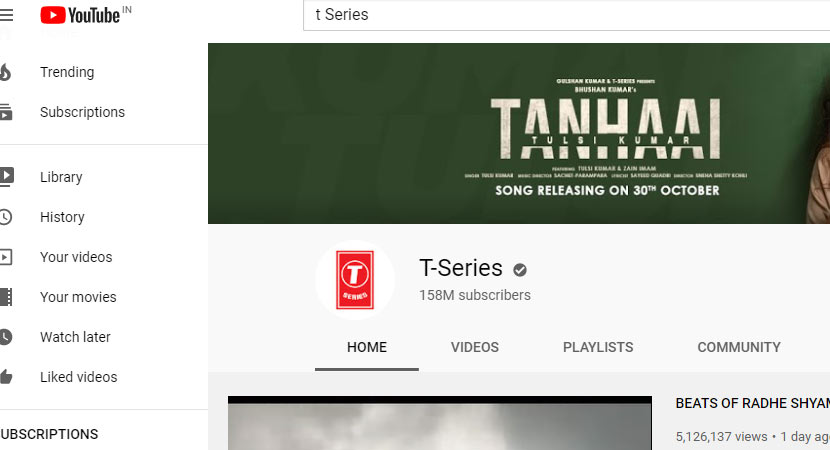 T-series from India is among one of the oldest and most ever subscribed channels having incredible subscribers of 146 Million on YouTube. Bhusan Kumar established T-series, a music record label as well as film production Company in 1983.

It became active on YouTube in 2006, and it deals with music videos and movie trailers and hit its first 100 Million subscribers in May 2019 and is growing to date.

So Finally, these are the five biggest competitors of Youtube with high competition amongst them. However, focusing just on their positions and ignoring their hard work, their journey is not a great thing. Nonetheless, the hard work of the content creators is also visible by their videos. So, they are worthy of their positions.

If they are well-known today, then this is because of their hard work, patience, consistency, and content quality for sure.